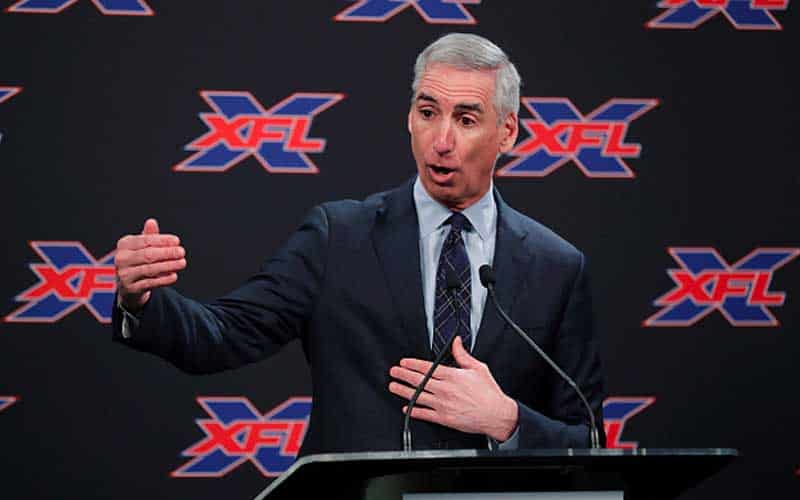 Waiting To Xhale: XFL Players Not Xcessible To NFL Just Yet

Those betting on XFL players to end up with a particular NFL team will have to cool their engines and wait for a few contractual details to be ironed out through inter-league discussions.

When the XFL first shut down due to the spread of novel coronavirus (COVID-19), an early report had surfaced declaring that all XFL players were released from their contracts and were free to negotiate with NFL teams.

A week later, and the story has changed.

On March 12, the XFL released a statement to each of the NFL’s 32 teams, stating that “they were not permitted to discuss possible employment with players under contract to the XFL.”

The memo went on to mention that the NFL and the XFL are working on a deal to permit XFL players to sign with NFL teams. Currently, any contract offered to an XFL player must come through the league front office.

There has been unconfirmed rumor and speculation that the XFL is still clinging to hopes that they can play an XFL championship game later this year once the coronavirus epidemic subsides. Perhaps the XFL is trying to hold on to their star players for a final marquee game for the league. If the game happens, we’ll be betting on the Roughnecks.

The odds of this occurring seem low, but it’s not hard to figure out why NFL teams wouldn’t want to deal with a league office when seeking out a free agent player.  NFL teams typically negotiate with the player and his agent. The NFL is the big dog and doesn’t want to be told what to do.

The first big-time signing out of the XFL is expected to be Houston Roughnecks quarterback PJ Walker. He led his Roughnecks to a 5-0 start and posted huge numbers. His rare combination of athleticism, speed, and arm strength will be sure to have NFL teams knocking on his door.

So far, the Denver Broncos, Seattle Seahawks, and Arizona Cardinals have expressed interest in Walker, according to Bleacher Report. He’d be an excellent backup in Seattle and Arizona and would provide a similar skillset to their current starting quarterbacks, respectively.

However, the Broncos don’t have a high-profile starting option at the moment and would seem to be the most attractive option of the three teams for Walker. Drew Lock is a good option at quarterback for Denver but is nowhere near as established as Kyler Murray and Russell Wilson.

After Tuesday’s signing of Philip Rivers in Indianapolis, maybe the Colts are the best option for Walker. He’s already spent time there, knows the coaching staff and players, and he can sit behind Rivers for a year or two while being groomed as the future starter.

While Walker is sure to end up with a team no matter what, other lower-profile players will have a much harder time signing with an NFL team if they have to wait until after May 31.

The XFL front office needs to handle this situation delicately because a fumble here could lead to players no longer wanting to participate in the league.