Betting On The Las Vegas Vipers

The Las Vegas Vipers are ready to strike fear into the hearts of their opponents and delight Nevada football fans and gamblers alike. The Silver State has always had an appetite for competitive football, making the Las Vegas area home of the XFL Vipers a no-brainer for the fledgling professional league.

The new XFL should have no problem getting a pro football foothold in NV, thanks to the state’s passion for their Las Vegas Raiders of the NFL. Nevada is now a hotspot for football and gridiron gambling, and once you’re bitten by the LV Vipers, you can expect XFL betting fever to take hold almost immediately. There is no known cure.

Check out our all-inclusive XFL betting guide to get you started with everything you need to know to place a bet on the Las Vegas Vipers this XFL season. With Vipers head coach Rod Woodson running the show, you can expect Las Vegas to put together a competitive football team and contend for the XFL championship. 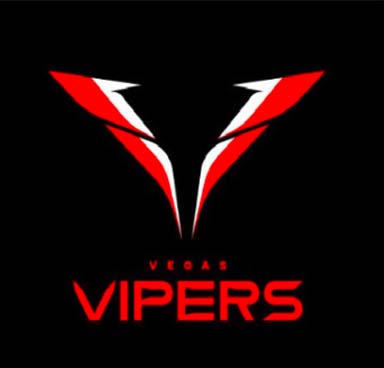 The 2023 XFL season is here, and betting lines are beginning to pop up at online sportsbooks. Although XFL odds are currently limited to an assortment of main lines and props, as the popularity of the league grows, so will the opportunities for betting on the XFL.

Will The Rock Play In An XFL Game?

Will The Rock Play In An XFL Game?

Top Rated Online Sportsbooks For Betting On The Vipers

Bovada is the best US sports betting site, and it shows. With the freshest XFL betting lines every day, you'll never run out of football action. As long as you're 18-plus, you can join Bovada and wager on your favorite new league.

For first-timers at Bovada, the site has an attractive 50% Welcome Bonus worth up to $250, all with the lowest rollover in the business. If winning is the name of the game, Bovada can't be beat!

Of course, Bovada isn't just the most trusted sportsbook, it's also a fully fledged gambling site with casino, poker, and horse racing action. Bet on it!

NFL Hall of Famer Rod Woodson is no stranger to fans of professional football. He is one of the most dominant defensive backs ever to play the game, spending nearly two decades in the National Football League as a member of the Pittsburgh Steelers and Baltimore Ravens.

Woodson has been coaching defensive backs around the NFL since 2010, and now takes on the challenge of leading the Las Vegas Vipers to an XFL Championship.

If you want to know how much XFL players make, it’s actually kind of complicated. That said, Las Vegas Vipers players make the same base salaries as all other players on current XFL teams, though the amount varies by position and performance.

According to the league itself, the average XFL salary is $55,000 per player, though quarterbacks can make up to twice that, with other major skill positions settling somewhere in between. Also, players will receive additional money each week in the form of winner or roster bonuses, and position-based incentives can add to each player’s annual haul.

The maximum salary for an XFL head coach is $500,000 a year, though this is also contingent on a series of escalators and performance triggers.