Coaches come and go. It’s the nature of the business. With so much turnover in the industry, it can be a real struggle to keep up with what coach is working where. But don’t worry, XFLBetting has got you covered with our XFL coaching index, which should help give you an edge when betting on the XFL.

Indeed, perhaps the biggest initial selling point of the league was the roster of head coaches hired by Vince McMahon’s Alpha Entertainment. Dwayne Johnson and Dany Garcia have followed up on those impressive efforts by bringing in top-level coaching talent for their 2023 campaign, led by big names like Bob Stoops, Hines Ward, Rod Woodson, Jim Haslett, and Wade Phillips.

And while the game of pro football is maturing now to the point where bettors and the best sportsbooks are giving more credence to the players on the field than the staff on the sidelines, coaches still play an important part in determining where to draw the line – and how to bet on it. 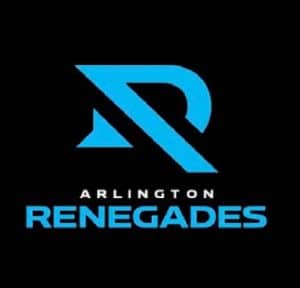 After graduating from the University of Iowa following a career as a four-year starter at defensive back, Bob Stoops was eager to get into the coaching profession. He became a graduate assistant at Iowa the next year and was elevated to an official assistant coach the following year.

After a brief stop at Kent State, Kansas State, and Florida, Stoops landed his dream job as the head coach of the Oklahoma Sooners. Stoops remained in Oklahoma for the next 18 years, winning ten Big Ten Conference championships and a national title in 2000.

Coach Bob Stoops retired from coaching in 2017. Just two years later, Stoops surprised many when he announced that he was unretiring to join the Dallas Renegades as their head coach and general manager. Stoops will return in 2023 to coach the Arlington Renegades once again. Our guide to betting on the Arlington Renegades goes into the fine details about their 2023 campaign. Stoops was the first high-profile hire for the XFL reboot and lent much-needed credibility to the young league. 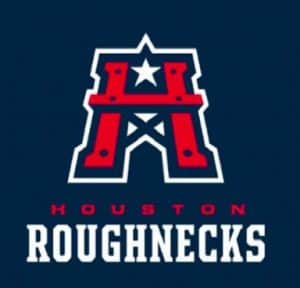 Head Coach: Wade Phillips
The former head coach of the Denver Broncos, Buffalo Bills, and Dallas Cowboys now makes his way to Houston to try and build a winner in the XFL. Phillips is a defensive coaching specialist that has produced some of the most dominant performances in the history of professional football.

His lasting legacy will be as the defensive coordinator of the Super Bowl 50-winning Denver Broncos, who held the Carolina Panthers to 10 points. Phillips plans to install a dominant defensive strategy in Houston in hope of propelling them to an XFL Championship.

Phillips' stingy brand of defense is sure to keep points off the board and will keep XFL offenses aggravated. Betting on the Houston Roughnecks and Wade Phillips' chances of winning is a wager worth considering in 2023. 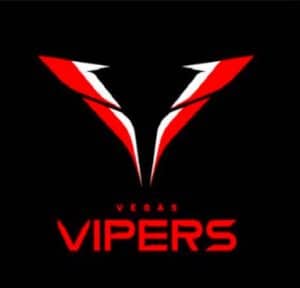 Head Coach: Rod Woodson
Rod Woodson makes his head coaching debut for the XFL's Las Vegas Vipers in 2023, following an NFL Hall of Fame career as a cornerback with the Pittsburgh Steelers and Baltimore Ravens and serving as a defensive back coach will the Oakland Raiders, Denver Broncos, and Cincinnati Bengals.

Woodson will have no issues commanding respect from his players, considering his credentials which include being a Super Bowl XXXV Champion, a former NFL Defensive Player of the Year in 1993, 6 NFL first-team All-Pro selections, and 11 Pro Bowls.

Time will tell as to what offensive and defensive strategies Coach Woodson will employ in Las Vegas, but rest assured, the Las Vegas Vipers will be prepared and ready to play each weekend.

Head Coach: Anthony Becht
Anthony Becht was a first-round draft pick of the NFL's New York Jets in 2000 and played tight end in the NFL for the Tampa Bay Buccaneers, LA Rams, Arizona Cardinals, and Kansas City Chiefs until his 2011 retirement.

Becht's only prior football coaching experience was as a TE coach for the San Diego Fleet in 2019, a franchise that competed in the now-defunct Alliance of American Football (AAF). in 2023, Becht will make his XFL coaching debut for the St. Louis BattleHawks, where he will hope to build upon the fanbase that was established during the shortened 2020 season.

While Becht's offensive strategy is a mystery at this time, it is probably a safe bet to assume that the tight ends will get a lot of passes thrown their way in St. Louis. Online and domestic sportsbooks are expected to roll out their odds for betting on the St. Louis BattleHawks within a few weeks of the 2023 season's start. 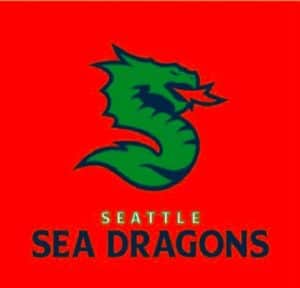 Head Coach: Jim Haslett
Jim Haslett is a former NFL player and is probably best known for his time as head coach of the New Orleans Saints. Haslett has spent decades coaching various defensive positions in the National Football League and adds prestige to the ranks of HCs for the third go-round of the XFL.

Coach Haslett is known for producing solid defensive units that give opposing offenses fits during his time in the National Football League and was the AP NFL Coach of the Year in 2000 when he was with the St. Louis Rams (now in Los Angeles). As a player, Haslett was the NFL's Defensive Rookie of the Year in 1979.

As Seattle's head coach, Haslett intends to take the team to the next level and deliver an XFL Championship title to their legions of fans that were growing back in 2020. Anyone intending to bet on the Seattle Sea Dragons in 2023 should anticipate some low scores from their opponents.

Head Coach: Terrell Buckley
Buckley began his career as an elite cornerback as a member of the Florida State Seminoles from 1988 to 1991 before being drafted fifth overall by the Green Bay Packers, where he played until 1994.

T-Buck played defensive back at a high level until his retirement from the NFL in 2005, finishing with 50 career interceptions and earning a Super Bowl 36 ring with the New England Patriots in 2002.

Once his playing days were over, Buckley returned to his alma mater, FSU, where he was an assistant coach from 2007 to 2011. He then coached cornerbacks for the University of Akron, Louisville, Mississippi State, and then Ole Miss before setting his sights on a head coaching gig in the XFL.

Coach Buckley's overall offensive and defensive strategies are unknown at this time, but fans of betting on the Orlando Guardians should expect elevated play from the corners and defensive backs.

Head Coach: Hines Ward
Anyone who has been paying attention to the National Football League over the past two decades should be familiar with retired wide receiver Hines Ward. Over his 14-year career with the Pittsburgh Steelers, Ward was a mentor to numerous WRs that would go on to other teams and perform at the highest level.

The one consistent element of those Pittsburgh teams at the wide receiver position was Ward himself, who will likely be inducted into the NFL Hall of Fame in the very near future. Ward won two Super Bowls with the Steelers in 2006 and 2009 and intends to parlay that success into several championships while with the San Antonio Brahmas.

Coach Ward started at quarterback and running back while at the University of Georgia, eventually becoming one of the best wide receivers that ever played the game. Despite his reliance upon the passing game as a player, expect Ward to employ a hard-nosed strategy where running and defense are emphasized.

Ward was a coaching intern with the Steelers in 2017 and then spent 2019 and 2020 as an offensive assistant for the New York Jets. Betting on the San Antonio Brahmas in 2023 should be a solid wager because Hines Ward will demand accountability from his roster, resulting in solid play on both sides of the ball. 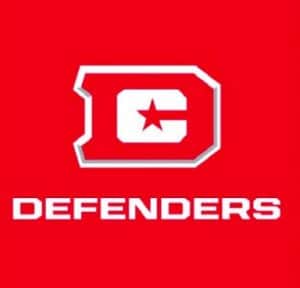 Head Coach: Reggie Barlow
Another new addition to the head coaching ranks for the 2023 XFL season is Reggie Barlow, who will helm the Washington, D.C Defenders in hopes of leading them to a league championship. Barlow played college ball for Alabama State, where he made a splash big enough at the small university to attract NFL scouts.

Reggie Barlow was drafted by the Jacksonville Jaguars in 1994 as a wide receiver and remained with the team through the 2000 season. Barlow then played for the Oakland Raiders and the Tampa Bay Buccaneers before retiring from the league as a player in 2003.

Coach Barlow then transitioned into football coaching when he returned to Alabama State in 2005, first as a position coach and then becoming the HC from 2007 until 2014. He then moved on to become the head coach of Virginia State, where he remained until resigning in March of 2022 for an opportunity in the XFL.

Gamblers can bet on the DC Defenders and coach Barlow to field an exciting brand of football in the nation’s capital.

How Much Will XFL Coaches Make?

Although the exact salary for each XFL coach has not been disclosed, the maximum amount of money that a head coach in the XFL can make per year is $500,000.

Who Are The Head Coaches In The XFL?

Do XFL Teams Have General Managers?

Yes. The head coach for each XFL team also serves in the role of General Manager, giving them complete control over player personnel decisions and the ability to hire and fire coaches.

How Many Coaches Can Each XFL Team Have?

XFL teams are allowed to have a football operations staff of up to 25 people. The general manager will decide what roles to fill in the organization.

Are There Any Former NFL Head Coaches Working In The XFL?

Yes. Houston head coach Wade Philips has been the head coach of the Dallas Cowboys, Buffalo Bills, and Denver Broncos. Jim Haslett of Seattle was once the HC of the New Orleans Saints.

Who Is The XFL Commissioner?

The XFL has yet to name a Commissioner for the 2023 season. The Commissioner of the XFL in 2020 was Oliver Luck, father of former Indianapolis Colts quarterback, Andrew Luck.