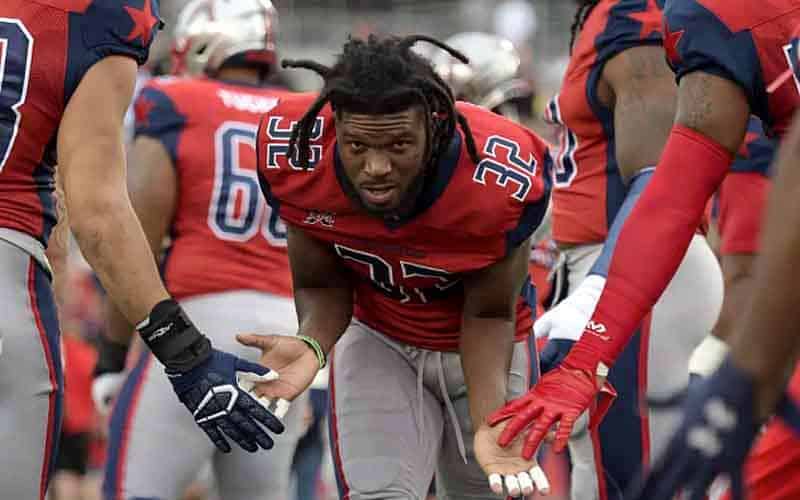 It took a few extra days to make a decision, but the XFL front office has finally canceled the 2020 season due to the spread of COVID-19, allowing for all players to become eligible to sign with an NFL team. Those betting on XFL players to sign an NFL contract didn’t have to wait long, as three athletes were quickly offered contracts on Monday.

Without a doubt, PJ Walker was the best player in the league during its 5-game 2020 run, and he was expected to be the first XFL player to sign with an NFL team. He had been garnering interest from the Denver Broncos, Arizona Cardinals, and Seattle Seahawks, but ultimately, it was the Carolina Panthers who made Walker the best offer.

Walker will look to compete for the starting quarterback position with fellow recent signee, Teddy Bridgewater, who is projected to be the number-one QB on the Panthers’ depth chart. Carolina is expected to cut or trade Cam Newton any day now, and last year’s starter, Kyle Allen, was just traded to the Washington Redskins.

The signing of Walker is excellent news for the XFL, as it helps position the league as a stepping-stone to the NFL. The contract is a 2-year deal for $1.57 million, according to NFL.com. It is certainly a pay-raise over the XFL’s maximum salary for quarterbacks, but with players not signing massive big league contracts, perhaps the XFL could come back to the table and offer higher salaries to their marquee players in the future.

The Kansas City Chiefs liked what they saw in Jordan Ta’amu and offered him a contract very early into the XFL free agency period. Ta’amu was incredibly accurate during the 2020 XFL season, completing 72% of his passes and displaying athleticism when scrambling or carrying the ball.

No contract details have been revealed to date, but Ta’amu is expected to compete for the backup role behind Patrick Mahomes. The Chiefs had to rely on their backup quarterback several times during last year’s championship season, so Ta’amu has a real shot and contributing to the team. You can bet the BattleHawks are going to have a hard time replacing Ta’amu’s leadership.

After going undrafted out of the University of South Florida in 2018, Deatrick Nichols spent two seasons on and off the roster of the NFL’s Arizona Cardinals. In 2020, Nichols welcomed the opportunity the XFL had to offer and was eager to prove his worth alongside his Roughneck teammates.

After a five-game XFL season, Nichols was atop the interception leaderboard with three takeaways. He also recorded 24 tackles over that span. The New Orleans Saints liked what they saw in Nichols and offered him a contract on Monday, which he accepted, but there are no details at this time regarding the terms.

It’s been only a few days since the XFL season’s cancellation, and the NFL has signed only three players. That should change soon. Keep your eyes on the latest XFL developments as we expect several more players to be extended contract offers in the coming days, including the following: