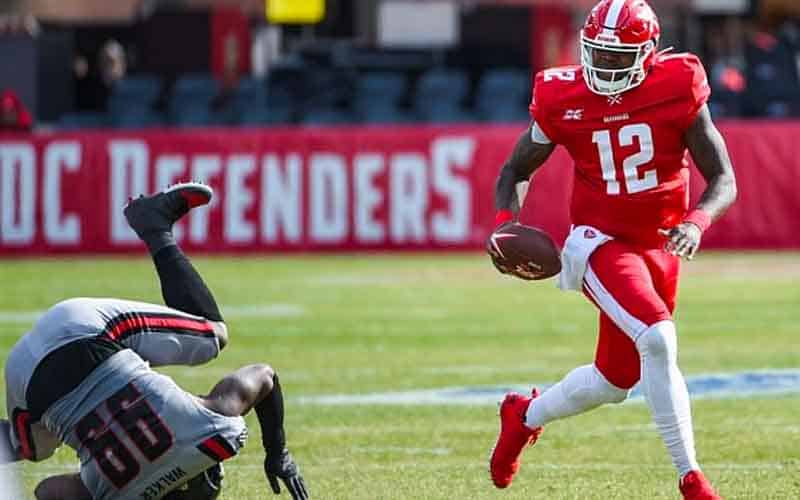 More Things We Liked About the XFL After Week 2

The television ratings are in, and viewership has stabilized after two weeks of action. The XFL has installed many new rules and policies to make the game faster and more enjoyable. Viewers have taken notice of these drastic changes, but is it working?

XFL games during week two saw an average of 2.5 to 3.5 million viewers nationally. Local markets experienced much higher ratings, outdrawing local NHL hockey by double and tripling the best efforts that the now-defunct AAF ever produced.

The games have been well attended so far. Last weekend’s game in Los Angeles seemed sparsely attended on television, but reports have surfaced showing attendance of 17,000+. Over 28,000 tickets have been sold for next week’s St. Louis BattleHawks’ season opener at The Dome at America’s Center.

The Seattle Dragons have reported over 10,000 season ticket packages have sold so far, which is more evidence that the XFL isn’t going anywhere anytime soon. The XFL is real football, and the fans are supporting it on television and at stadiums across the country.

Last week, we shared what we’re digging so far in the new XFL. This week, we take a look at a few more elements of the XFL that have added to the enjoyment of the game.

Also included in this all-access path to the airwaves, we get to watch and listen to what is going on in the replay booth. We hear them talk through the motions as they watch several angles of the play replayed multiple times.

It is incredibly refreshing to see and hear this process, but there’s only one problem: The replay officials do not express the level of confidence that you’d like to see in a professional sports referee. You can tell they are under a lot of pressure, and it shows in their vocal delivery. It is odd to see them struggle over the obvious, repeatedly, and then deliver a huffy-breathed, uncertain response to the field ref.

Cameras in the locker room post-game are nothing new in sports. It has been done for years and is part of the expected post-game protocol. Leave it to the XFL to spice up these celebrations with a Bud Light Seltzer partnership. That’s right, there are ice cold buckets of Bud Light Seltzer in the winning team’s locker room during the post-game!

FOLKS, we may have the best @budlight Seltzer celebration yet. pic.twitter.com/HEjgTdZBIw

Players chugging alcohol in the locker room just after a game may not be the best look available, but it treats the audience like adults. Hey, it’s obviously OK to include XFL betting lines next to the score on TV, and everyone seems to enjoy that the offensive coordinator just dropped an f-bomb on his live play call, so beers (or beer-like beverages) in the locker room isn’t a stretch.  The XFL is trying to be something new and revolutionary, and so far, it is succeeding.