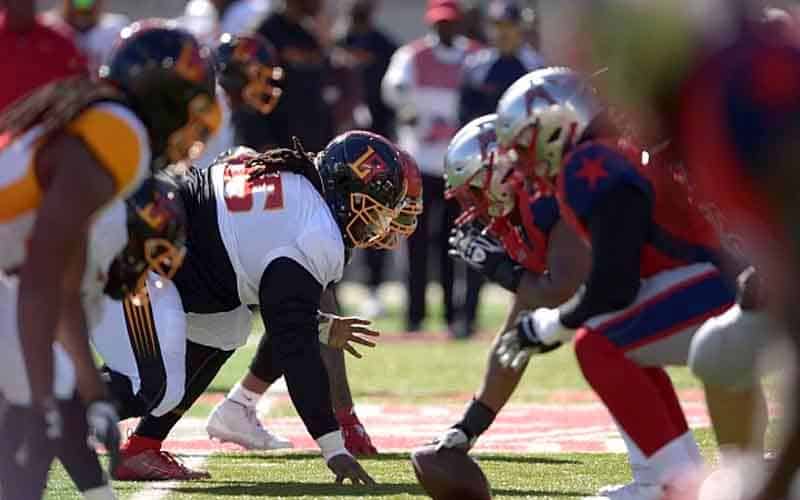 XFL Betting Preview: Will the Good Vibes X-tend Through Week 3?

With XFL ratings holding steady, the league is heading into Week 3, and fans and bettor couldn’t be more excited. Some clubs are outselling their NFL counterparts, while other clubs are already dividing fan bases in rivalry-making ways. The seeds of a long-lived professional football league seem to be there. But first things first (or third things third): Week 3!

Forecasters predict that it will be a sunny, beautiful day in Tampa Bay come game time tomorrow. The same cannot be said for the lowly Tampa Bay Vipers’ chances of winning right now. The Vipers entered the season near the top of the odds boards for XFL championship futures, but are now winless after two games, and the undefeated Houston Roughnecks are coming to town.

The Roughnecks should easily be able to cover against the Vipers, as their offense is on a tear. Houston quarterback PJ Walker has been electric so far, and the team is rallying around him. PJ has connected with wide receiver Cam Philips for a league-leading three receiving touchdowns, and the two look to do more damage on Saturday in Tampa.

Tampa defensive coordinator Jerry Glanville will need to draw up a gem of a game plan to stop the Houston offensive steamroll. The Vipers managed to shut out the Dragons in the first half last week, but they allowed 17 second-half points on the way to their second defeat of the season.

Expect the Roughnecks to cover and the under to hit. If you are considering betting on the Tampa Bay Vipers, then a $100 wager on them to win will earn a payout of $210.

Head Coach Bob Stoops and his Dallas Renegades got on track in week two with a victory over the struggling Los Angeles Wildcats, and now they hope to roll that momentum into Seattle for Week 3. The Seattle Dragons expect another large crowd to be on hand to provide the 13th man the city and their fans have become known for.

Both teams sit at 1-1 on the young season, and each of their victories came in Week 2 at the hands of one of the league’s worst teams. This game will provide many answers for both teams, but for now, this is a matchup that should be avoided. Any odds offered on this game seem to be a stab in the dark. Since the game is in Seattle, though, it seems that the odds should be much closer to even than they actually are.

The Dragons are the inferior team, but with both sides working out the kinks, and Seattle playing at home, we cannot recommend betting on the Dallas Renegades in Week 3.

After a solid Week 1 performance, the New York Guardians were shut out in Week 2, and quarterback Matt McGloin struggled. The St. Louis BattleHawks played admirably against the Western Conference leading Roughnecks, but came up short after a late blown call.

We wrote last week that the BattleHawks were not getting any respect from oddsmakers. That has changed as they are now favored to win by 10 points. St. Louis plans to run the ball to set up the pass, and they have the personnel to execute this game plan successfully.

St. Louis will pound the ball and slowly add points to the scoreboard while New York struggles to find offensive chemistry. The over/under is set pretty low at 40.5, but we expect the under to hit. St. Louis expects a huge crowd for their first home game, and the Daily Caller is reporting that secondary market tickets are selling for as high as $700.

The 2-0 DC Defenders steamroll into LA on Sunday night to face off against the league-worst Los Angeles Wildcats. The Defenders are favored by 8.5 points and have won their first two games by margins of 12 and 27 points. According to the XFL Championship odds, DC has faced two of the three worst teams in the league. This week they face another basement dweller.

Is DC overrated? Perhaps the Wildcats can expose them. LA quarterback Josh Johnson made his first start in Week 2 after missing the first game of the year due to injury. He looked solid although not overwhelming, but being a proven professional with several starts in the NFL under his belt, we can expect his performance to improve from week to week.

Will it be enough to overcome the Defenders? Probably not, but we’re betting on the Los Angeles Wildcats to cover the 8.5 points, as DC will face their toughest offensive threat of the season.

An even safer bet is the over, as these teams should combine for well over 44 points. This game has major shootout potential. The Wildcats defense is porous, and DC has scored 31 and 27 points in the first two weeks of the season. The Wildcats have scored 18 and 17 total points over that same span.