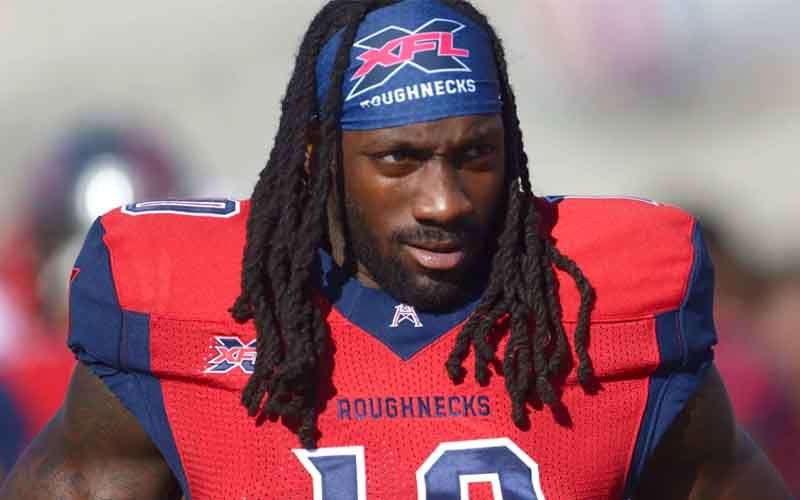 Hey, I Know You! Familiar Names and Faces in the XFL

For many players, the XFL represents a chance to revive their dreams of playing professional football.  Some may have already played in the NFL, and for whatever reason, it didn’t work out for them. Others never got a chance to show that they can play alongside the best in the game.

This weekend marks the debut of the resurrected XFL, a spring football league that hopes to provide an alternative to other professional football leagues, namely the NFL and CFL (as well as the NCAA on the amateur side). Sportsbooks have already listed betting lines for each Week 1 game, as well as XFL Championship futures odds. One thing is certain: Betting on the XFL is off and running, and interest has never been higher.

Many were hoping for the XFL to become the new home for Tim Tebow and Johnny Manziel, among others.  For a variety of reasons, neither of them ended up in the league, and other seemingly marquee-level players like Jamarcus Russell and Antonio Brown weren’t pursued at all. But don’t worry, there are plenty of familiar faces across the league to ensure an elevated quality of play. The new XFL is as real as football gets, and the following players all have something to prove.

After spending three years with the Pittsburgh Steelers, a string of injuries made him expendable to the team.  Coates moved about the league for the next two years before being drafted by the Roughnecks in 2020.  The wide receiver will provide a reliable set of hands for Houston quarterbacks and could threaten to be the top wide receiver in the XFL’s first season.

Dunbar was a staple of the Dallas Cowboys backfield for many years.  He is smaller in stature at 5’8” and 187 pounds and offers a nice change of pace with his abilities as a third down back. While in the NFL, his injuries began to pile up and Dunbar found himself out of the game for the last two years. The Renegades decided to take a chance on Lance to see if he can deliver in 2020.

Elam was selected in the first round of the NFL draft by the Baltimore Ravens in 2013.  After three years of declining performance and off-field issues, the Ravens decided to turn down the option to pick up the final year of his rookie contract.  Matt is back in football shape and looking to lay out any wide receivers that cross his path this year.

After suiting up for nine NFL teams in as many years, Harris decided to give the XFL a try as a venue to showcase his talents.  He had his best years with the Green Bay Packers, but injuries kept him off the field and his contract was not renewed. Harris’ great acceleration and size and will provide a valuable option for the Wildcats and their offense helmed by journeyman quarterback Josh Johnson.  The two of them should be a solid foundation for the LA offense.

Horn has yet to make a splash on the national scene, but his name may sound familiar because his father is a former wide receiver with the New Orleans Saints. Horn, Sr. is probably best known for using a cell phone as a prop during a touchdown celebration on national TV.  Perhaps Horn, Jr. can reach out and touch success with the Guardians in 2020.

Johnson has spent time on the roster of 13 NFL teams.  He first started out with the Tampa Bay Buccaneers in 2008 and was handed the reigns to franchise.  Things didn’t work out in Tampa, but he is a gifted passer with a large frame and is looking to win a title in LA.

Landry Jones spent several years as a backup quarterback for the Pittsburgh Steelers, but he is best known for his time in college at Oklahoma.  With the Renegades, Landry reunites with his college head coach Bob Stoops, and the two of them intend to reignite their partnership and dominate the XFL this year, and for years to come.

Matt Jones made an immediate impact with the Washington Redskins in 2015.  His hard-nosed style of running left defenders bruised and battered in his wake until an injury sidelined him and off-field issues became too much of a distraction.  After failing to catch on with another NFL team, Matt plans to regain his footing and plow through the XFL in 2020.

Many may remember King for his post-punt celebrations in the NFL.  He was as high-profile as a punter could be, and saw much success on special teams for the Oakland Raiders.  After signing with the Denver Broncos in 2017, an injury forced him to miss the year and he was released from the team.  He has been out of football since then, but King’s got a leg up in the XFL and is ready to pin opponents deep inside their own territory.

Mostly known for his time with the Seattle Seahawks, Christine Michael is an imposing runner.  He didn’t play football last season, but he is well-rested and ready to blow a linebacker or two off the ball.  He is still on the good side of 30 years old, and his herculean size will be valuable on short-yardage carries.

I don’t know a thing about Austin Proehl except that his father, Ricky Proehl, spent 17 years in the NFL and won 2 Super Bowl titles.  With that particular last name sewn to the back of his jersey, there will be high expectations for Austin in Seattle.  If he is anything like his father, then XFL defensive backs have a lot to worry about when they face the Dragons.