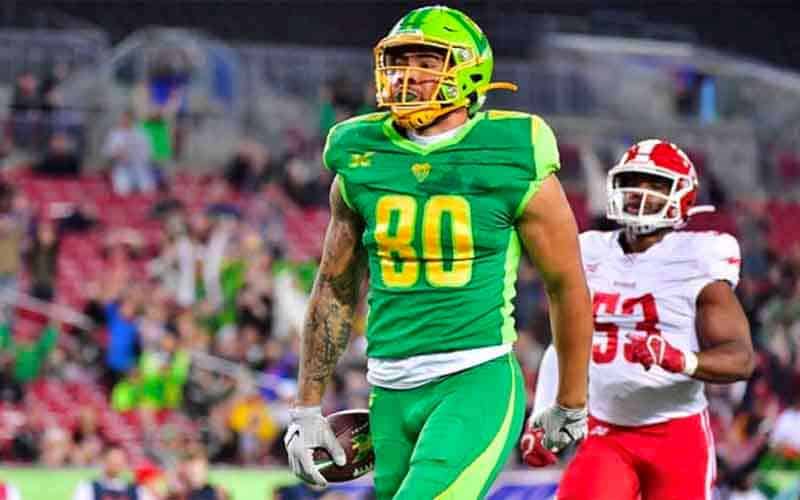 We’re approaching the middle of the season, and betting on the XFL isn’t getting any easier. The Houston Roughnecks are still at the top of the power rankings, but major fluctuations are occurring in spots two through eight.

Viewers must pay attention to the most recent developments in the XFL because the standings are in constant flux. Last week’s cellar-dweller becomes this week’s dominant force. As offenses still struggle to find their identity, the best XFL bet type to wager has consistently been the under.

The Los Angeles Wildcats were unable to keep the mojo flowing after their blowout victory over the DC Defenders last week. What should have been a relatively easy victory for the Wildcats turned out to be a defensive struggle where neither team could get their offense going.

LA quarterback Josh Johnson put together a nice game on the stat sheet, but with Nelson Spruce, his top receiving option, on the shelf due to injury, things were not clicking on offense. Luis Perez got the start at quarterback for the Guardians and was serviceable in his game-manager role.

The Guardians pull even to 2-2 and travel to Dallas to face the 2-2 Renegades next week. The Wildcats host the Tampa Bay Vipers next weekend in what will be a make-or-break game for each team.

The Seattle Dragons are not getting enough respect from the oddsmakers. Sure, the Dragons are pure vanilla, bacon with no sizzle, but they will put a few points on the board. Head coach and offensive play-caller Jim Zorn is creative enough to keep the defense guessing.

Coach Zorn, on the sidelines by himself, calling plays on the headset, exudes no confidence, and his team seems to reflect this. They are just kind of there. Expect them to remain competitive, but they are not going to make the playoffs.

The St. Louis BattleHawks continue their run-first, ball-control style of offense. Running back Keith Ford returned from injury to the active line up and was able to post a touchdown. The game attendance in St. Louis has exceeded expectations, and STL Today is reporting that the BattleHawks are becoming a part of St. Louis sports culture.

Next weekend, the BattleHawks travel to face the DC Defenders, who have scored all of nine points over the last two games. The Dragons travel to Houston to face the #1 Roughnecks. Despite the betting uncertainty inherent in the young XFL, at least that game should be easy money…

If you’ve bet on the Houston Roughnecks at any point this season, chances are that your wager has paid off big. The Dallas Renegades, although predictable on offense and weak at the quarterback position, are one of the most competitive teams in the XFL.

If there was a week that the Roughnecks were going to lose, this was it. Houston won by seven, but it was three first-half interceptions thrown by Renegades quarterback Landry Jones that got the Roughnecks off to an early lead.

Now that DC has shown that they are fallible, Houston has a relatively easy run for the remainder of their schedule. The Roughnecks host the Dragons next weekend, where they will be heavy favorites. The Renegades host the New York Guardians and will look to rebound with a victory. Dallas will likely make a change at quarterback as Landry Jones was injured badly toward the end of the game.

Last week we predicted that the Tampa Bay Vipers would not only cover, but win. This victory comes just in time for the Vipers and head coach Marc Trestman, as they are hosting the struggling LA Wildcats next weekend, and another loss would have sent them to 0-4.

The DC Defenders cannot find an answer on offense. QB Cardale Jones had another awful game and was replaced by Tyree Jackson, who was also ineffective. DC now finds themselves at 2-2 and looking for answers as they prepare to host St. Louis next week, where they’ll be home dogs.