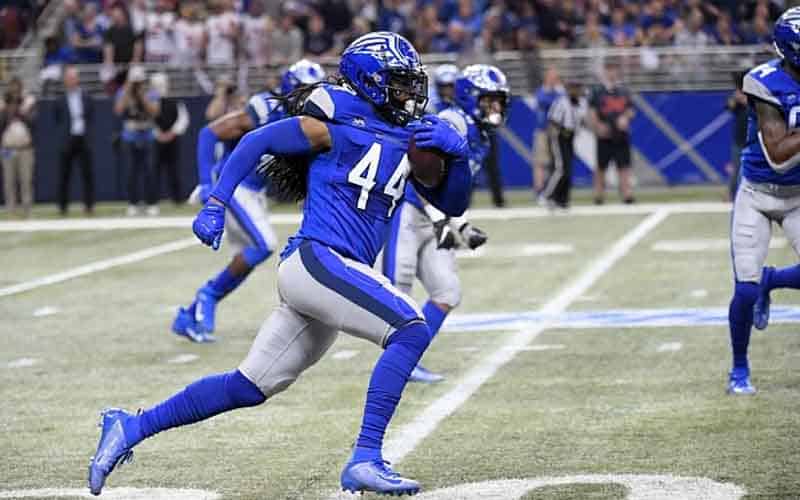 The first three contests of the Week 3 went as planned, but the final game offered a little wrinkle that’s sure to shake up the XFL standings and the odds going forward. The television ratings report for this past weekend isn’t in just yet, but each game was well-attended, showing that there is a large chunk of American viewers that welcomes the addition of this spring football league.

Read on for a quick recap of all the Week 3 action below, and get your wagers ready for Week 4!

Although the Tampa Bay Vipers were preseason favorites to compete for the XFL championship, head coach Marc Trestman’s bunch hasn’t provided much to cheer about through two weeks of football. Meanwhile, betting on the Houston Roughnecks has been easy in 2020. Houston entered Tampa Bay undefeated behind the outstanding play of phenom quarterback PJ Walker, and NBC Sports reports that PJ is likely to get another chance in the NFL after this XFL season.

The two teams exchanged points early, and the scoreboard was knotted up at 18 apiece at halftime. A late 17-yard touchdown toss from Walker to Cam Phillips, their third scoring connection of the day and the second time in as many weeks that they’ve connected three times, sealed the deal for the Roughnecks, earning them the victory and bringing their record to 3-0.

The Roughnecks next travel to Dallas to play the Renegades, who now find themselves at 2-1. The Vipes are hosting the DC Defenders next weekend, and another loss could end all hopes of putting a decent season together. Houston is standing tall above the league now as the only remaining undefeated team. Still, efforts must be made to shore up the defense if they’re going to make a championship run. They’ve given up 17, 24, and 27 points in their first three games.

The Dallas Renegades have managed to crawl out of an early hole as they began the season 0-1, winning their last two games. Cameron Artis-Payne had a great game, rushing for 80 yards on 13 carries, and he helped create much needed offensive balance for the mediocre play of Renegades QB Landry Jones. Jones seems to screw up as often as he finds success, which is an issue that’s plagued him since he graduated from college ball.

Seattle Dragons quarterback Brandon Silvers had a serviceable performance, helping to build a 12-6 halftime lead despite the complete lack of a running game. The Renegades proved to be too much for Seattle in the second half, as the Dragons couldn’t manage to score after the break.

The Renegades host the Roughnecks next weekend, where they are sure to be an underdog. Of course, with that all-Texas matchup, you can expect huge ratings and a mid-season feather in the cap for Vince McMahon and Alpha Entertainment. On the other side, the Dragons will head to St. Louis, where they will also be underdogs. Perhaps they can add some sizzle to their offensive playbook and surprise the BattleHawks. Not likely, but Any Given Saturday, right?

Oddsmakers finally figured out that the St. Louis BattleHawks are a legit XFL championship contender. They favored them by 10 points, and they go out and win by 20. St. Louis suffered a tough defeat last week at the hands of Houston, but they came out this weekend and played a gem against the struggling Guardians.

Both running backs for the BattleHawks, Christine Michael and Matt Jones, got their work in, moving the chains and providing sufficient offensive balance that the New York Guardians didn’t have an answer for. One of the coolest new XFL rules finally paid off when the BattleHawks posted the first kickoff return for a touchdown in XFL history when Joe Powell took one 86-yards to the house:

Guardians QB Matt McGloin was finally benched after stinking up the field for two and a half weeks. Third-string quarterback Luis Perez was at least able to throw a touchdown pass, but it was too little, too late.

Next weekend, the Guardians host the LA Wildcats, who are coming off of their first win of the season. Even though the Wildcats are on the road, expect them to be heavy favorites. The BattleHawks are at home once again, where they have seen impressive ticket sales so far and will host the Seattle Dragons. St. Louis will likely be favored by more than a touchdown.

This is the only game of the weekend where the favorite did not cover the spread. The LA Wildcats poured on the offense as Cardale Jones and the DC Defenders could not find an offensive rhythm. The Wildcats seem to have recovered from their early-season defensive woes, while DC failed their first real test of the year.

Wildcats quarterback Josh Johnson finally lived up to expectations with 278 yards and three scores on 18 of 25 passing. However, it was the suffocating Wildcats defense that sealed the victory, intercepting Cardale Jones four times during the contest.

This loss brings Cardale Jones and the DC Defenders down to earth as they were previously considered league front runners alongside the Houston Roughnecks. We’ll have to see how they perform next week against the Vipers before we can recommend betting on the DC Defenders again. The Wildcats are still on life support, but there are some signs of a pulse at 1-2. There is newfound hope for the season, and LA hopes to roll that optimism into New York next weekend, where they’ll undoubtedly be favored to win.

Our recommended sportsbooks should have odds for week four’s games posted within the next 24 hours.