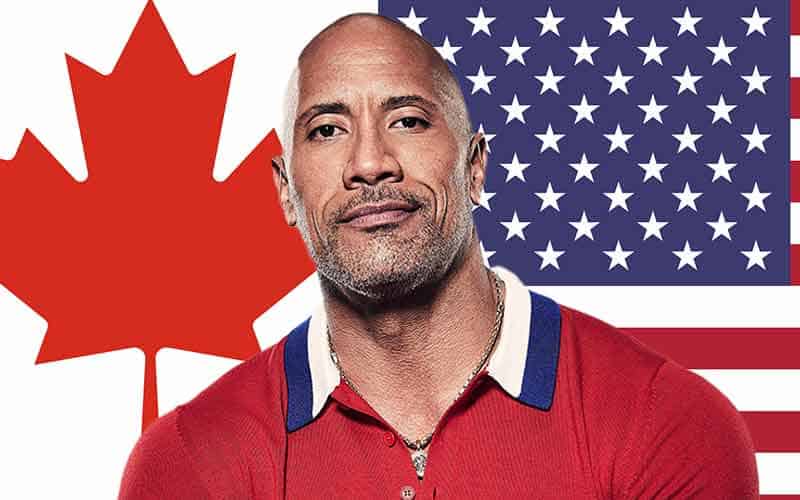 It has now been four weeks since rumors first leaked of the XFL and the Canadian Football League (CFL) huddling together for what was first reported to be a potential partnership. Now, the talks have blossomed into what would seem to be a near certainty that the two leagues would merge, possibly in time for the 2022 season.

In the days following the discussions, online betting sites that offer odds on the XFL began taking action on whether or not an XFL-CFL merger would occur, and whether or not that would cause the Canadian Football League to cancel their 2021 season.

While on the surface, it may appear strange that a 107-year-old professional football league would want to partner up with an XFL that has only completed 17 full weeks of competition over two seasons.

Of course, when the XFL front office is led by former WWE Superstar and A-list celebrity Dwayne “The Rock” Johnson, that causes a high level of comfort for investors that are considering backing or joining in.

There is also the factor of the CFL currently struggling from a financial standpoint, and that has opened the door for the XFL to step in and become a prominent professional football league on a global scale much earlier than even the most eager forecasters were suggesting.

The XFL had initially planned to begin play in 2022 under The Rock’s leadership, but with merger talks heating up, both the CFL and the XFL’s immediate future is in doubt.

The median opinion suggests that the two leagues will join, with the XFL representing an American Conference and the CFL’s 9 teams consisting of the Canadian Conference.

One major item of contention that will need to be decided before interleague play begins is what rules will be utilized. There is the potential for each Conference to have rules of play that differ, similar to how the American and National Leagues used to operate in Major League Baseball, but the XFL and CFL also have field dimensions to consider.

The XFL uses rules that are fairly standard to American football that allows them to use existing stadiums and fields. Canadian Football uses 110-yard fields with 20-yard end zones. They also place their field goal uprights on the goal line instead of at the back of the endzone as US Football does.

There is also the major hurdle of deciding whether to play 3-down Canadian Football or 4-down USA Football. The new league’s success will depend heavily on how quickly it can become a legitimate preparatory league for the NFL.

The XFL adopted an NFL-prep stance immediately, while the CFL has existed as its own entity for over 100 years without any intention of being connected to the National Football League.

There’ll likely be some give and take on both sides of the negotiations, but most likely, the CFL will take a large step toward adhering to American rules if the merger takes place.

Despite the differing rules, the XFL bet types will remain the same, featuring point spreads, money lines, and over unders, there’ll just be some new team names and cities mixed in the odds. We expect a more detailed announcement to be released by both leagues in the coming days.