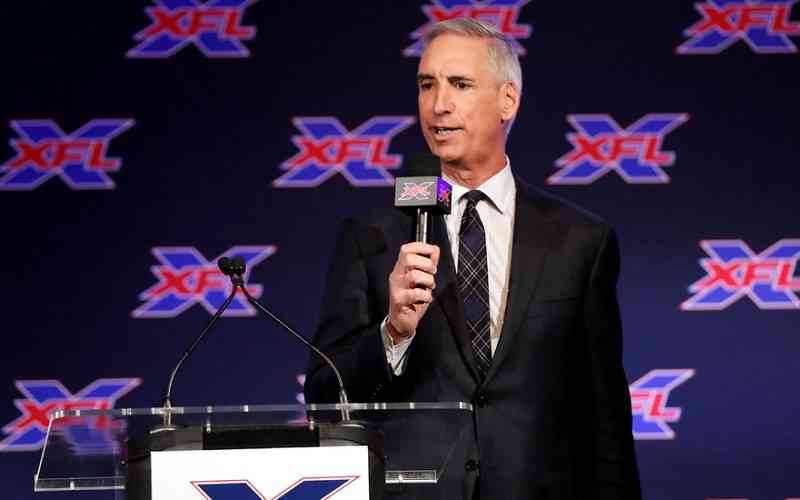 Former XFL Owner Vince McMahon has filed a countersuit against former XFL Commissioner Oliver Luck alleging that he broke his contract when by allowing for undesirable characters to be hired as players.

One such player that has been mentioned in court documents is quarterback Johnny Manziel who has recently agreed to participate in an upcoming pro league run by fans, aptly titled Fan Controlled Football (FCF).

Manziel was never hired to play in the league, but court filings reveal that McMahon ordered Luck to abandon any notions of bringing “Johnny Football” into the league, insisting that the XFL coaches only fill their rosters with athletes possessing strong character, and more importantly, a lack of a criminal record.

One suspect football player that did slip through the cracks and land on an XFL team was wide receiver Antonio Callaway.

The former University of Florida standout was released from the Cleveland Browns in 2019 after difficulties stemming from a 2018 traffic stop by the police that resulted in the discovery of over an ounce of marijuana.

Callaway was on the active roster of the Tampa Bay Vipers in 2020 but didn’t notch a stat as an injury sidelined him for all five of their games. He managed to land a gig with the Miami Dolphins this season, rotating in and out of the active roster and the practice squad. Callaway is currently a free agent.

How long R U going to play this game Oliver? U know there is NO CHANCE IN HELL for Manziel to play for us. I will NOT change my mind. So what’s Ur plan??

After months of battling it out in the courts over Luck’s remaining salary, McMahon’s countersuit has focused on retaining the password of the former XFL Commissioner’s cell phone so that a team of forensic experts could reveal text messages like the ones above and below.

Vince—we have no intention of signing him, none whatsoever. We’re just milking the story to stay in the news.

Evidently, these messages are crucial for proving McMahon’s case that Luck was in breach of his contract as CEO and league commissioner, and he is no longer owed the remainder of his unpaid $23.8 million salary.

Luck was also featured in several news articles offering his opinion on whether Manziel, and ultimately, players with backgrounds like his, should be allowed into the XFL.

Luck’s comments indicated deference to the league’s eight sets of coaches and management, suggesting that if a majority request Manziel’s participation, then he should be allowed to compete.

Fortunately for the fans that are looking forward to the league’s rebirth in 2022, these legal proceedings have no impact on current ownership, teams, players, or personnel, as Dwayne “the Rock” Johnson has now assumed control of the XFL league front office.

These are messes for the former regime to clean up, allowing the rest of us to get on with “the love of football” in 2022.