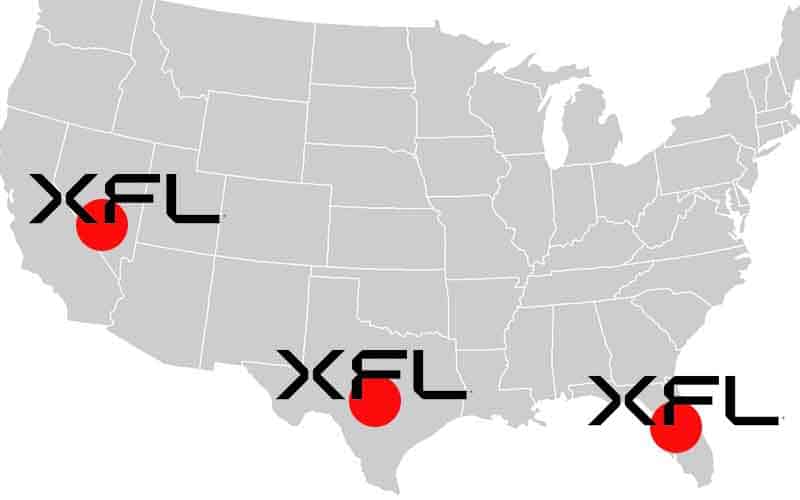 Hot on the heels of the XFL announcing their television deal for 2023 with Disney/ESPN/ABC, they’ve now dropped coaching assignments for all 8 teams in advance of the league’s proposed return next February.

This disclosure has granted XFL bettors and fans alike a picture of what the league alignment could look like in 2023 as three franchises from 2020 were left off the docket.

While no official statement has been made regarding this new San Antonio XFL franchise, it does seem to confirm a longstanding suspicion that the league was interested in absorbing the area’s team that formerly competed in the now-defunct AAF (Alliance of American Football) – The San Antonio Commanders.

Now that the NFL’s Washington, D.C. franchise has adorned the Commanders moniker, perhaps San Antonio will compete under a different name in 2023.

Another Pittsburgh Steeler will control the sidelines of the XFL’s new Las Vegas franchise – Rod Woodson, a retired NFL Hall of Fame cornerback and one of the best to ever play the game.

Setting up shop in Vegas seems like an odd move after league officials suggested they’d try to exploit non-NFL markets, but perhaps tourism could aid in local ticket sales.

Terrell Buckley, another former Super Bowl champion NFL cornerback, will be the head coach of the new XFL franchise in Orlando. This will represent the seventh time a professional football team has called central Florida home.

Will the seventh attempt cause pro football to stick around in Orlando? Even though the city represents a major international tourist hub, attracting visitors from around the globe, the local population is relatively small at under half a million residents.

Still, Florida is arguably the epicenter of the game of football at all levels, and between the tourism and local fans, there could be enough to muster up some decent attendance numbers in the Orlando region.

Other XFL Teams that will return for 2023 are as follows:

The XFL has decided to retain its 8-team format, meaning that the following three teams will not be back to compete when the league resumes play in 2023.

XFL Teams That Will Not Return In 2023

We expect more announcements regarding the 2023 XFL schedule, team names and mascots, assistant coaching personnel, and more in the coming weeks so keep checking back to keep up with the latest developments.